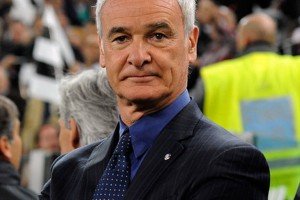 Claudio Ranieri has given himself a chance of becoming a shock late managerial candidate for West Ham with his departure from Nantes today.
The former Premier League Leicester City boss has parted company with French Ligue One outfit after leading them into tenth place last season.
And with the Hammers very much in the market for a man who knows the PL and speaks decent English, the 67 year old could find the Hammers looking in his direction.
Ranieri counts Chelsea, Inter, Juventus, Roma and Monaco among his former clubs and could be up for the challenge of a Premier League return after his brutal Foxes sacking.
He joined Nantes last year but his term as boss came to an end today with him declaring: “I want to thank the president because he allowed me to come to Nantes, to go back to France and Ligue 1.
“ I want to thank the fans who have been great and have pushed a lot behind us. I want to thank my players because the first part of the championship was great even though the second part was more complicated, they gave everything and, for me, it’s important that they gave the maximum. I have been very good here with you, I hope that Nantes will continue to progress.”
President Waldemar Kita: “The club and the coach have decided to separate by mutual agreement.We thank Claudio Ranieri and his staff for everything the work done this season and wish them much success in their future projects “