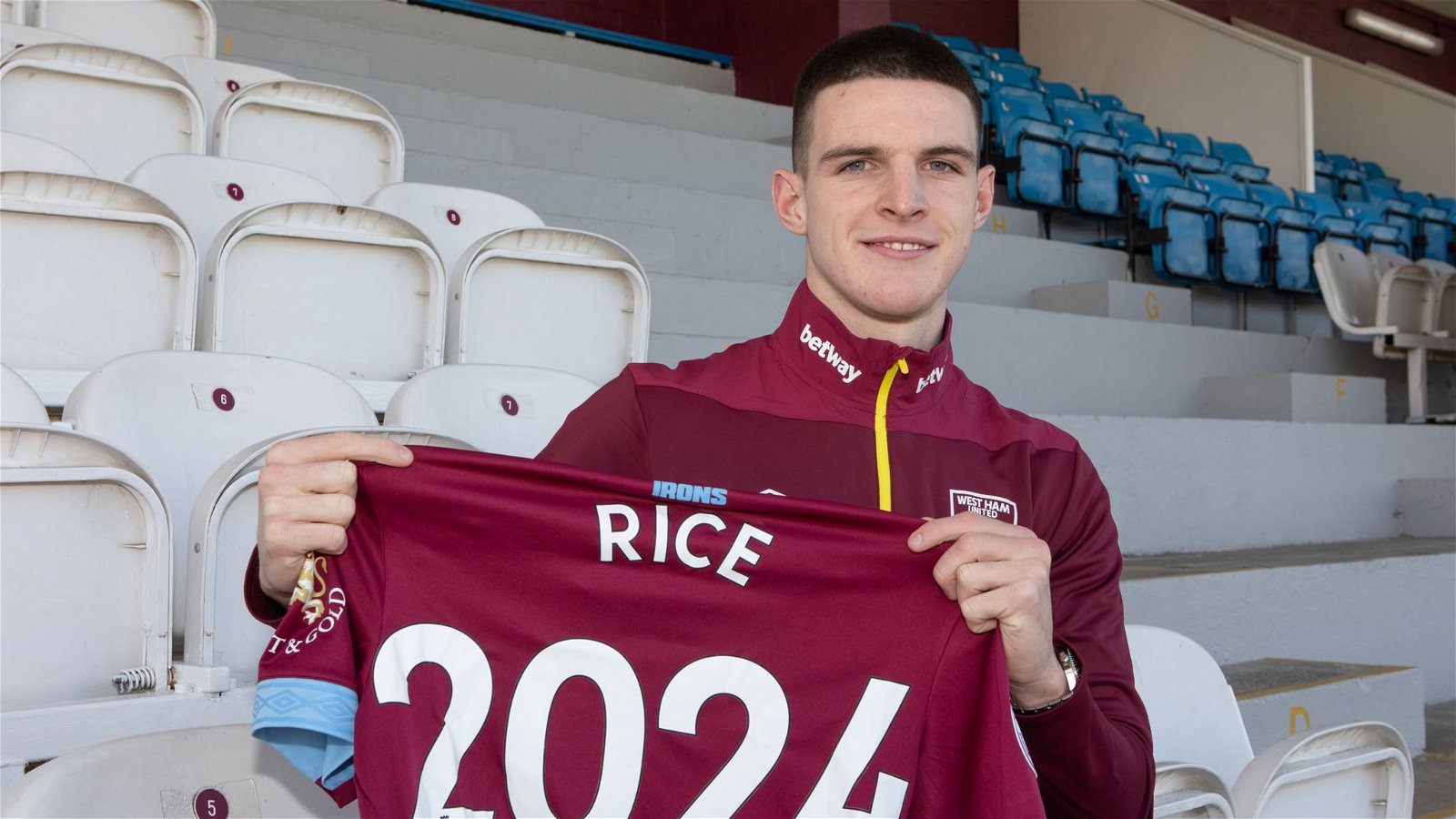 Speculation that West Ham are ready to put a blank cheque on the table to keep Declan Rice at the London Stadium  will make no difference to the captain’s decision to leave.

The latest suggested twist on the Rice affair from Sky’s Dharmesh Sheth who is known to have contacts within the club’s media department.

He claims that there is no pressure to sell the 23 year old as he is potentially tied to the club until 2023.

The reality is however, that doesn’t make much sense.

The Hammers need to sell this summer to get the best possible fee and  Claret and Hugh has been regularly told that is likely to be the case with one key source telling us: ” Declan has more or less made that clear ” and “that money isn’t his major issue.”

From the club’s point of view it is the issue despite Seth’s blank cheque assertion because  every year he remains means his value  falls.

His contract, which includes a one year option, ends in 2025 and therefore this is the summer when the club will entertain offers as has always been the case and was revealed exclusively by CandH last summer.