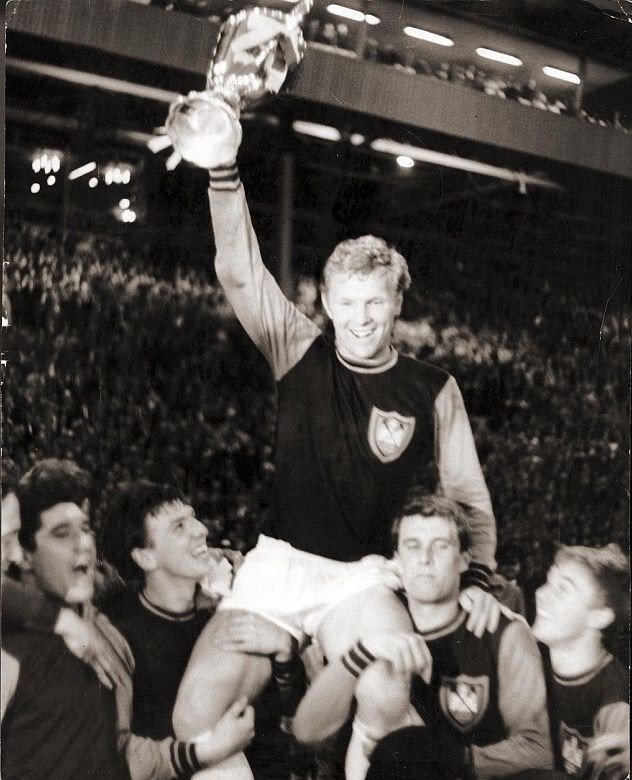 West Ham have this afternoon confirmed that a new statue paying tribute to Bobby Moore, Geoff Hurst and Martin Peters, and the Club’s 1965 European Cup Winners’ Cup victory, will be unveiled at London Stadium ahead of the opening home UEFA Europa League fixture later this month.

Following the official unveiling ceremony, supporters attending the Group H clash against Rapid Vienna on Thursday 30 September will be among the first to view the bronze sculpture, with the Club keen to involve its supporters at the earliest opportunity and at a fitting time with the Hammers set to host European action once again.

Fans can arrive early on the night, soak up the atmosphere and view the statue, with a photographer also on site for Hammers to share this moment with their fellow supporters.

Supporters have been involved and supported since the start after it was decided that the original Champions’ Statue would remain at the junction of Barking Road and Green Street, adjacent to our former home at the Boleyn Ground, it was the Club’s immediate intention to commission and fund a new statue at London Stadium, in line with supporters’ wishes.

Continued supporter consultation and feedback, including in more recent times from the Independent Supporters’ Committee, provided a clear and widespread view from the start of the process to honour the Club’s rich heritage at the Boleyn Ground and also reflect that at its new home. Furthermore, any design should focus on our three famous sons of the 60s – Moore, Hurst and Peters, who all came through the famous Academy of Football to reach the very pinnacle of the game in 1966, when they led England to World Cup Final glory against West Germany at Wembley.

Additionally, to ensure West Ham United’s own greatest achievement under the Twin Towers is also recognised, the lifesize-and-a-quarter bronze statue will depict the three World Cup heroes lifting the European Cup Winners’ Cup trophy in 1965, commemorating a performance that catapulted the Club on to the world stage after two second-half goals from Alan Sealey saw the Hammers overcome German side TSV Munich 1860.

The Club also announced that, as chosen by our supporters via an online vote on whufc.com, the formal title of the statue, which will be located at Champions Place on the north-east corner of the stadium and was commissioned last year as part of the Club’s 125th anniversary celebrations, will be ‘West Ham United’s European Champions’. The names of the full triumphant team, as well as manager Ron Greenwood, will also be immortalised on the plinth of the statue to truly capture a collective and historic success.

The design of the statue itself has also been finalised, with the full involvement and input throughout the entire process of Sir Geoff Hurst, Roberta Moore – daughter of Bobby – and Martin Peters’ wife Kathy.

Sir Geoff Hurst said: “The timing of this, with the Club qualifying for Europe, is fantastic. You couldn’t possibly have picked a better time to do it, it’s absolutely brilliant. It will be a fantastic day to see the statue at the club and I’m looking forward to bringing some members of my family along to celebrate.”

Roberta Moore added: “It’s obviously very fitting. I think that there couldn’t be a better year for them going back into Europe. I’m really excited to see the statue, which we’ve all been working so hard on – none more so than the artists. I’m really looking forward to it and I think it’s going to be very special.”