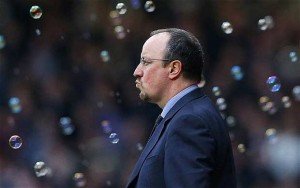 Robert Snodgrass is very likely to move on this summer with Newcastle United the most fancied destination.

Rafa Benitez was keen on the right sided midfielder before he moved to the London Stadium and is looking for half a dozen players new signings this summer.

The Geordies are also being linked with Andy Carroll  but that remains less likely given AC’s horrible injury record but Snodgrass is a target.

ClaretandHugh has learned that the Hammers are ready to listen to offers for the former Hull City Scotland international following his disappointing displays after arriving in January.

Brighton and Hove Albion are also reported to be interested in Snodgrass and could become the main rivals to Newcastle.

The Hammers will want around £8 million for the winger.