Neymar: The ‘Hammer’ who got away! 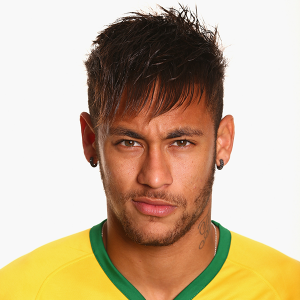 David Sullivan has admitted making a bid for Brazilian World Cup superstar Neymar was at the centre of a major  bid by West Ham United four years ago!

It was an entirely serious move by the West Ham who tried to grab the player as an 18 year old.

Reports had emerged over the weekend claiming that the Irons had made a bold bid and Sullivan told ClaretandHugh exclusively: “Yes, that’s true – we did.”

Santos rejected it  insisting  they would not deal at less than the than the player’s £28.4m release clause.

The bid from West Ham alerted Chelsea who made their own offer in August 2010 but were also turned down after Pele persuaded Neymar to stay in Brazil.

Neymar was born on the February 5 which is the same as the Joint Chairman  Sullivan, Carlos Tevez and Cristiano Ronaldo.

The other player he refers to is believed to have been Billy Sharp.

We just need to be on the lookout this transfer window for the next superstar born on 5th Feb.

2 comments on “Neymar: The ‘Hammer’ who got away!”