Nine in but Irons within the rules

Posted by Sean Whetstone on September 3, 2014 in Whispers 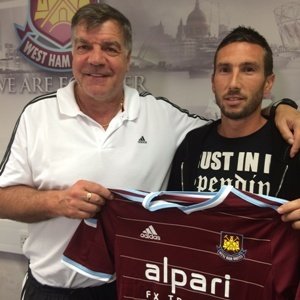 As previously revealed by Claret and Hugh, the annual wage bill reached £57m before the signings of Alex Song and Morgan Amalfitano.

This was just £1m under the £58m Premier League Financial Fair Play limit for the club this season.

The big question,however, was how with Alex Song – believed to have cost a £3m loan fee in lieu of wages-  and Morgan Amalfitano, understood to  be on £2m per year, we could have stayed within the financial rules.

Factoring in Mo Diame’s departure and a percentage of Modibo Maiga’s wages paid by Metz off the bill left an estimated players annual bill of £60m – seemingly £2m over the limit.

Sources close to the club explained exclusively to Claret and Hugh that West Ham are able to use the net profit from the sale of  Mo Diame and two thirds of  Alou Diarra’s transfer fee written off in previous years to add an extra £2m to the wages and balance the books.

The source added “We are JUST within our wage cap.”

4 comments on “Nine in but Irons within the rules”