No chance of this Iron playing in Manchester 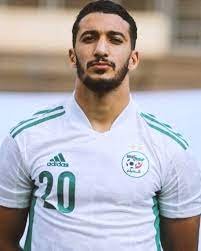 Just for the record – because it’s barely  news – Said Benrahma will not be available for today’s match in Manchester.

The midfielder was part of the squad knocked out of the African Cup of Nations at the group stage on Thursday afternoon.

In the process he missed the chance to give the international team a win in their first game with a dreadful miss in the last few minutes before being subbed at half time in the game this week.

That was against the Ivory Coast who went on to win 3-1 in 90 minutes that included a missed Algerian penalty at 3-0 down.

There was never any chance of him returning for today’s game of course as confirmed by David Moyes at his presser and repeated in one or two other places as “news.”

The player is currently in France according to the manager and we hope he is given a break in order for him to to regain some confidence after the side’s shock departure from the competition.