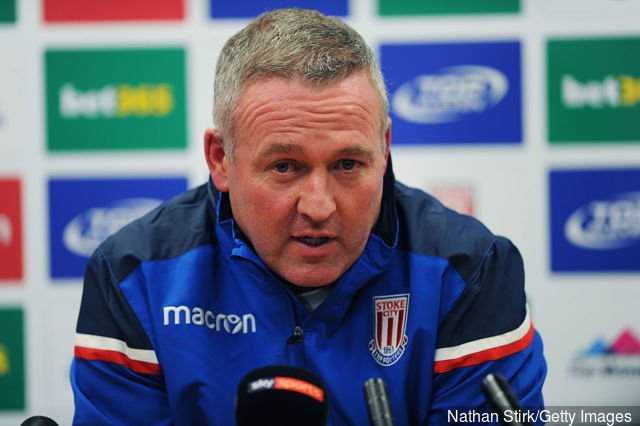 Stoke boss Paul Lambert insists there will be no fear from him and his players when they arrive at the London Stadium tomorrow evening.

Despite a terrible record which has left them second off bottom with half a dozen wins the Potters boss is taking heart from the recent performance level against Arsenal and Tottenham which although they lost 2-1 saw a decent level of performance.

Lambert said: “I don’t think there’s any point in playing football if you think you can’t go to away grounds and win games.

“The level of our performances has been good, even away from home, and if the players continue to have the same belief we have a chance.

He added: “Every game is hard; there aren’t any easy games and you have to earn the right to win games but we’ve got every chance to do it.

“It’s not as though we’re sitting here half beaten … we’re not and we’ll give everything we’ve got to win the games that will keep us up.”

The Potters will be without Maxim Choupo-Moting (groin injury).