No Hammers are stranded 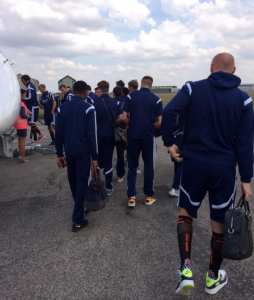 No West Ham players have been stranded abroad Claret and Hugh have learnt.

A number of Premier League players were given permission by their clubs to return to their home countries before lockdown.

This is reported to include at least one club in the bottom six but does not include West Ham.

With restrictions on air travel varying from country to country around the world, some players have found themselves stranded ahead of a return to training.

Passengers flying into the UK are now required to observe two weeks of self-isolation due to new government regulations from last Wednesday.

A club insider confirmed all West Ham players are in the UK and none were allowed to leave the country before the lockdown was enforced.

The West Ham squad is expected to return to Rush Green on Tuesday subject to the Premier League meeting vote today and work in groups of five under strict guidelines.