No happy return for Upson 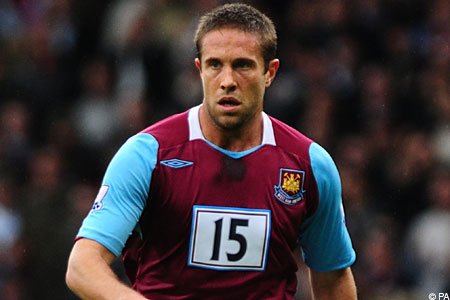 Former Hammers defender Matthew Upson has been ruled out of the Leicester City team that faces the Hammers on Saturday.

Upson is yet to make his debut for the Premier League’s bottom club after his free transfer from Brighton in the summer but other than that Nigel Pearson has a fully fit squad to pick from.

“Matt Upson is not available for this game, but he should be soon,” Pearson told his press conference.

“I’ve worked with Sam [Allardyce]. His team are doing very well and it’s important that we use that as an example.”

Allardyce commented: “They (Leicester City ) haven’t been turned over by anyone, it’s only ever by the odd goal, so there are a lot of dangers in Nigel’s teams that we need to be well aware of.”