No injuries so here’s the team we want to see 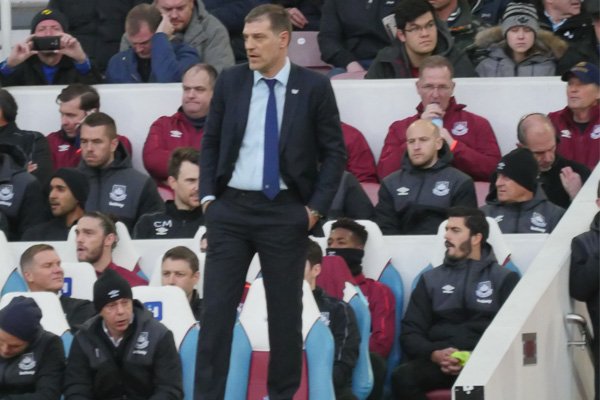 Slaven Bilic is this week in a position for the first time in ages to pick his first team.

Head of Medical and Sports Science Stijn Vandenbroucke has reported that “we have no injuries for the moment ahead of Saturday’s Barclays Premier League fixture at West Bromwich Albion.”
And barring any accidents in training that means the boss will be able to show his hand at West Brom where we can expect an attacking formation as the Irons continue to mount their assault on Europe.
Vandenbroucke said: “Since my last update a week ago, we have won an important home match against Watford and, from a medical point of view, we came through the game with no serious injury concerns other than the usual bumps and bruises.Everybody took two days off to rest immediately after the Watford game. The players then returned to training on Saturday and we have preparing for West Brom.”
So the guessing game on Slav’s selection start and here’s the team we would like to see:
Adrian; Tomkins, Reid, Ogbonna, Cresswell; Antonio, Noble, Kouyate,  Payet, Carroll, Sakho
Permalink