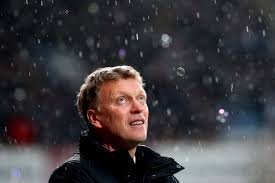 ClaretandHugh has established within the last few minutes that West Ham United have had no contact with out-of-work former Manchester United boss David Moyes.

Despite widespread rumours on other sites,  we have been assured that the Scot – whilst being regularly mentioned as a target – is not currently on the Irons agenda.

Moyes is second favourite for the job behind Gus Poyet whom we can also reveal is not in the running for the Boleyn position.

A club insider told us this afternoon: “We have had no contact with David Moyes.”

It was as categorical a denial as it gets although it may be as well to remember that there remains time for the club to approach Moyes ahead of the Friday board meeting which will decide Sam Allardyce’s future.

ClaretandHugh has also learned exclusively that Gus Poyet – in private conversations with certain colleagues at the recent League Managers Association Dinner and awards – made it clear he is ready to remain at Sunderland.

Like all other managers he is keen that he is given funds to spend but all the signs are that he will remain in the north east.