No Moyes move on the cards 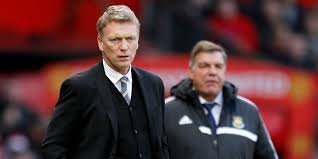 West Ham have not considered David Moyes as a possible replacement for Sam Allardyce.

Speculation has been rife that the Scot could be a target for the club but with his wages estimated at being around £5 million a year he would be out of the club’s reach even should he want the job.

Moyes has been linked with the Hammers regularly since his Old Trafford departure although over recent days the bookies have pushed his odds out to double figures.

And a source told ClaretandHugh exclusively that it was unlikely the former Everton chief would be in the frame.

He said that there was always a mental short list of possible managers in a club’s mind should things go wrong but that Moyes would prove too expensive for the Irons were they in the market for a new manager.

He told us exclusively:” David is a very good manager of course but we believe that his personal demands would be a little too high.”

He added that there had been no contact with the Scot or his advisers adding: “At this moment it’s not an issue.”

← POLL RESULT: FANS VOTE TO BE ENTERTAINED
Allardyce: “38 points may be enough!” →
Click Here for Comments >