No plans for Irons to halt taking knee after Bees decision 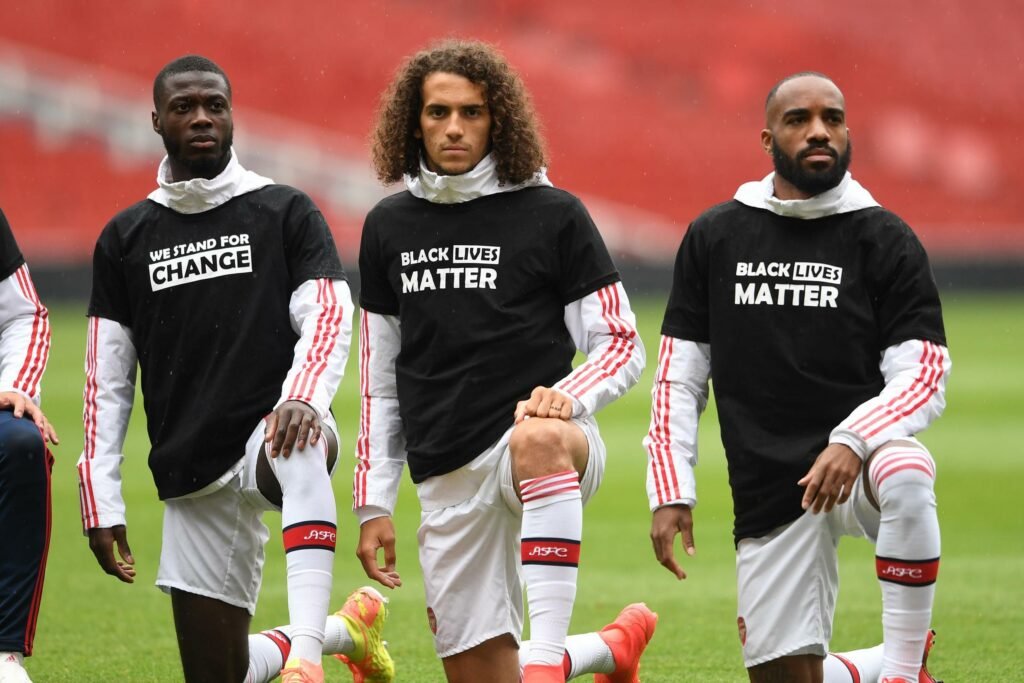 West Ham will not currently be following QPR and Brentford’s move in dropping  ‘Bend the Knee’ ahead of kick offs.

It has been a regular feature of football since June since games resumed in June last year after the first coronavirus lockdown.

Racist abuse of footballers has been widespread in recent weeks and Brentford’s squad believe the demonstration is no longer having an impact.

Crystal Palace forward Wilfried Zaha this week described kneeling before games as “degrading” asking  why he should kneel down to show it matters and questioned why he should  wear Black Lives Matter on the back of my top to show the same.

But a Hammers insider said that whilst many inside the club still believed it was worthwhile any decision had to be made by the players not the club.

A statement posted on the Championship club’s website and Twitter feed read: “As a group of players, we have decided we will no longer take a knee before the start of matches. This will begin when we face Barnsley tomorrow, Sunday 14 February.

“This decision has come after lengthy discussions as a group. We have been taking a knee before games since June but, like many of our fellow players at other clubs, no longer believe that this is having an impact. We believe we can use our time and energies to promote racial equality in other ways.

“As a group we are fully behind and proud of Brentford’s desire to become the most inclusive club in the country and the drive towards equality under the BeeTogether banner.

“We have experienced racist abuse first hand and have also seen some appalling comments made to other players past and present. There is a clear need to continue to push for an end to all discrimination and, as players, we will be part of that at Brentford FC, in football in general and in the wider community.

“Togetherness is one of our key values as a group and plays an important role in helping us move towards reaching our goals. Racism is the opposite of what we stand for.

“As players we will show our commitment to togetherness and racial equality on and off the pitch between now and the end of the season, and beyond. We will also support our colleagues at other clubs that still want to take a knee before games.”

Chief executive Jon Varney added: “There have been detailed and lengthy discussions on this topic both in the playing group and across the club. Taking a knee is just one way our players have been showing their commitment to racial equality. We supported their desire to do it and we now support their desire to focus on other ways to show this commitment.”

← Haller on a roll but just look at the competition
Irons v Blades predictions: Lawro vs the fans →
Click Here for Comments >