No to the two Dannys

Posted by Sean Whetstone on August 5, 2019 in News, Whispers 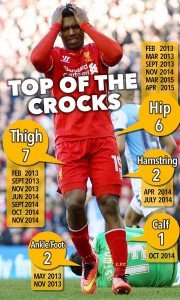 West Ham is keen to distance themselves away from signing injury-prone players on mega wages.

Daniel Sturridge (29) and Danny Welbeck (28) have been linked with possible striker additions to the Hammers after the departure of Andy Carroll, Lucas Perez and Marko Arnautovic but Pellegrini and the club are keen to shake off the old image to sign younger players with potential rather than experience edging towards the end of their careers.

Sturridge is thought to command a basic wage of £120,000 per week while Welbeck is reported to be on £100,000 per week. The club doesn’t want another Andy Carroll situation where a high earner spends more time in the medical room and another factor is young players having a potential massive sell on value.

Claret and Hugh understand neither player is being considered and Pellegrini himself explained at his post-match press conference he is content on having Haller upfront with Javier Hernandez and Michail Antonio as backup.

9 comments on “No to the two Dannys”