It is being widely reported that David Moyes main transfer target Terem Moffi, has rejected the chance to join West Ham. It is believed the Nigeria international is no longer interested in a move to any of the clubs in the bottom half on the Premier League.

This will come as a bitter blow to the West Ham manager who has just witnessed new signing, Danny Ings sustain a knee injury during his debut against Everton.

West Ham previously had two bids for the striker rejected by Lorient, it is believed Marseille and one other Premier League club have now joined the race for the 23-year-old – both of whom are more appealing to the forward, who has no interest in a relegation tussle. 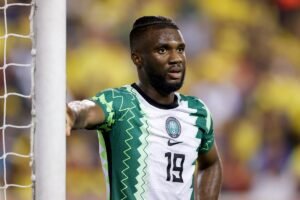 Michail Antonio remains The Irons only fit striker following an injury to £35m front-man Gianluca Scamacca. Antonio looked to be in better form during the victory against Everton. However it is believed that he was close to departing West Ham during this window, which is clearly no longer an option.

4 comments on “No1 target rejects Hammers”