Nobes may have left Moyes in a selection quandry 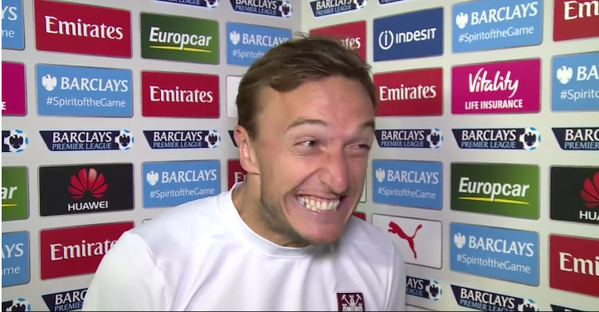 Mark Noble did himself a massive favour at precisely the right time against Chelsea  and may, as a result, find a place in the team in what would be the biggest night of his Hammers career on Thursday.

Mark captained the team against the Blues and was bitterly disappointed to come away from the Bridge a loser.

However, such was the level of his own appointment it was something of a shock to see him substituted in the second half.

Despite that it’s more than possible that he has left an indelible mark on David Moyes’ thinking ahead of the game of our lives.

The level of his form was also such that one wondered whether he may re-think his decision to retire at the end of the season when there is clearly still much in the tank,

UEFA appears to believe that he will be involved from the start against Eintracht Frankfurt having named West Ham’s likely team to face the Bundesliga outfit.
Start supporting Claret and Hugh today Claret & Hugh’s team of creators work with passion and pride to bring you the quality of content that keeps you coming back for more. Support for our creators, however big or small, will help us keep your Hammers content fresh, frequent and loyal to the club. £5 per month £10 per month £20 per month £50 per year

Not sure we can agree with that but trying to second guess the manager is a pointless exercise although after his own performance at the weekend it’s more that reasonable to see Johnson involved.

Interesting one for sure!