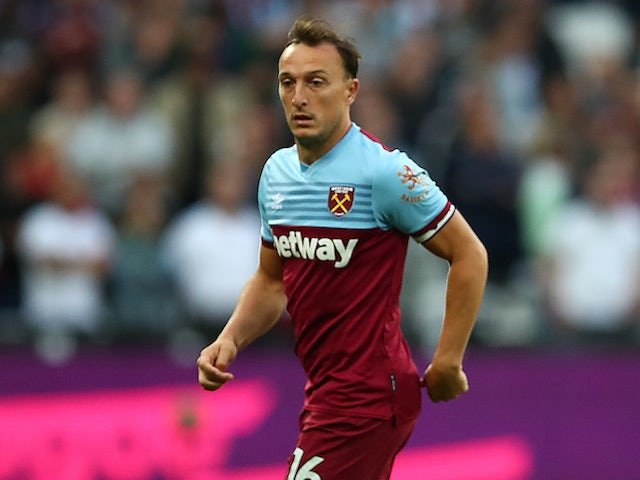 Mark Noble reckons Tomas Soucek is the hardest player in the Hammers squad.

The Irons captain needed to answer the question in a game of ‘True or False’ and eventually decided it was almost a dead heat.

But eventually he settled for a True answer in relation to Tomas before quickly making it  clear that his Czech team-mate right back Vladimir Coufal wasn’t far behind.

The defender is unlikely to disagree with that assessment having claimed in a  recent interview that he is a guy who plays through every injury.

When the same question was put the Soucek he not unnaturally agreed with Mark’s assessment declaring “I have to say me.”

Noble had responded by saying on the basis of True or False: “I think his friend is pretty tough, Vlad is a tough boy too, ” before settling for the midfielder.

The question then turned to Soucek, and the midfielder quickly responded by naming himself as the tougher of the two!

Nobes may find a few frowns from the likes of Michail Antonio, Declan Rice, Craig Dawson and Angelo Ogbonna in his assessment as they are all more than capable of looking after themselves.