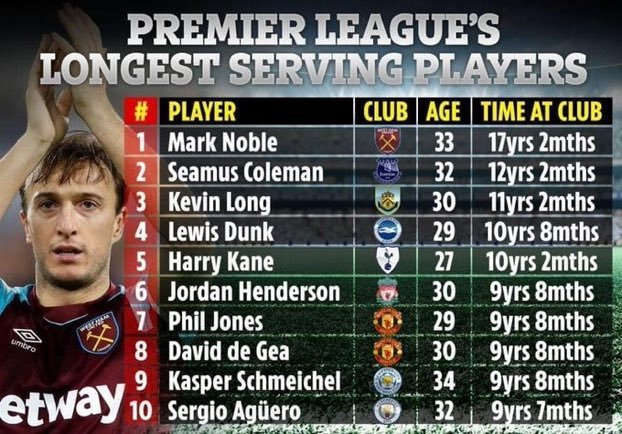 Born in Canning Town and a boyhood West Ham supporter Noble played for Barking Colts and moved to Arsenal’s academy at age 11. Noble switched to the Hammer Academy and signed as a youth player in 2000. He became the youngest player ever to appear in the West Ham reserve team, aged 15.

He made his debut in the senior team at the age of just 17 in the League Cup in August 2004 in a 2–0 win against Southend United. He made his league debut in the Championship in January 2005, in a 4–2 defeat away at Wolverhampton Wanderers.

Nobes made his Premier League debut against Blackburn Rovers in August 2005 in a 3-1 win on the opening day and has gone on to make over 500 appearances for West Ham.