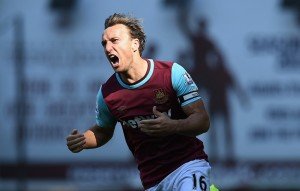 Mark Noble is on target to break a new West Ham record for the largest ever attendance of a Hammers testimonial match. We understand that very few tickets remain for the match in honour of Nobes on the 28th March and the game looks set to sell out completely.

Our source close to the ticket office told us: “There are a few single scattered seats left for Mark Noble these should be showing online at present if they remain, its been incredibly popular and until bond seats get released two weeks prior its unlikely that there is much left” 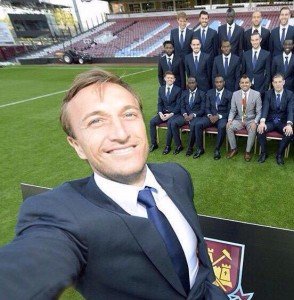 When Irons legend Bobby Moore received his testimonial on 16th November 1970 before terracing was abolished all he could muster was a crowd of 24,448.

The record is currently held by West Ham world cup hero Geoff Hurst who  had an attendance of 29,250 23rd on November 1971.

Billy Bonds managed an attendance of 21,081 in December 1978  for his first testimonial while Julian Dicks pulled in a crowd of 14,224 in August,2000. Trevor Brooking’s Testimonial in October 1977 was third most attended game with 23,220 attending.

Noble is set to smash this record with over 35,000 fans attending his testimonial on Easter Monday.