Noble gets a Carroll booster 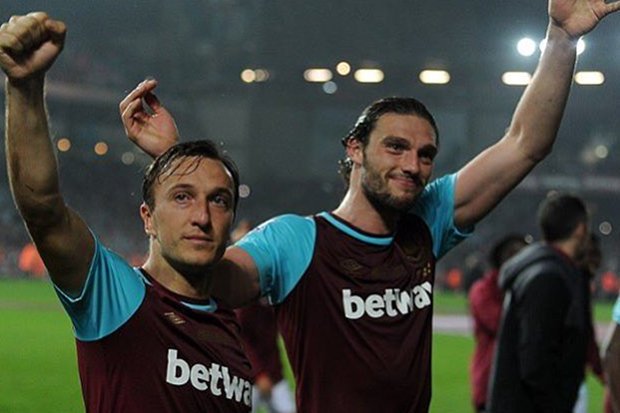 Mark Noble admits that he was boosted to see Andy Carroll run onto the pitch last night admitting his presence on the field of play is major!

The skipper – relieved to grab a point from last night’s game va Carroll’s great shot – said: “You put that ball in the box and there’s every chance he’s going to shove his head, or anything, there.

“In all honesty, just his presence on the pitch – even when I saw him coming on gave me a bit of a boost.

“I’ve just kissed him on the forehead in the dressing room because it’s a very important goal for us.”

He admitted there was disappointment in the dressing room though saying: “We shouldn’t be in there really happy, and we’re not. It’s a little bit deflating because for large, large spells we dominated the game.

“When we get the first goal here we’re dangerous, but we knew what Stoke would be like. They’re a hard, fighting team. I know they’ve lost a few games recently but they haven’t been really outplayed.

“They work hard for each other, but tonight I thought the boys played really well and just couldn’t get the goal that we needed, and when we did – with three of them – they were disallowed!

“A point puts us seven points clear of the relegation zone and it’s three games unbeaten, but we’re still a little dejected because I thought we did enough to win.”

Carroll’s goal, after 13 games out with an ankle injury, was his third important one of 2018 following a brace against West Brom in January and Noble said his contribution was priceless.

4 comments on “Noble gets a Carroll booster”