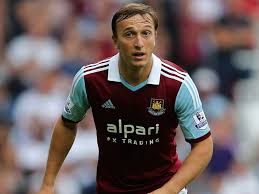 “With the players retired – Gerrard and Lampard – you think you’re going to get a chance. I’m sure Jack Colback and Fabian Delph thought the same thing, though, My nan and grandad are full Irish. I’ve captained the England under-21s but I’m still young. I tried to concentrate on the game yesterday and I was disappointed not to be called up for England.”

However, Noble confirmed his agent has spoken to Martin O’Neil

“My agent spoke to him – I’d find it strange to pull on the green jersey because I’ve captained the England under-21s but you never know, football is a strange game, and I’ll make a decision over the next couple of weeks.”