Mark Noble has sent a hugely emotional final message to his West Ham family after his final home game for the club.

The Irons legend came off the bench as the Hammers and Manchester City played out a 2-2 draw. 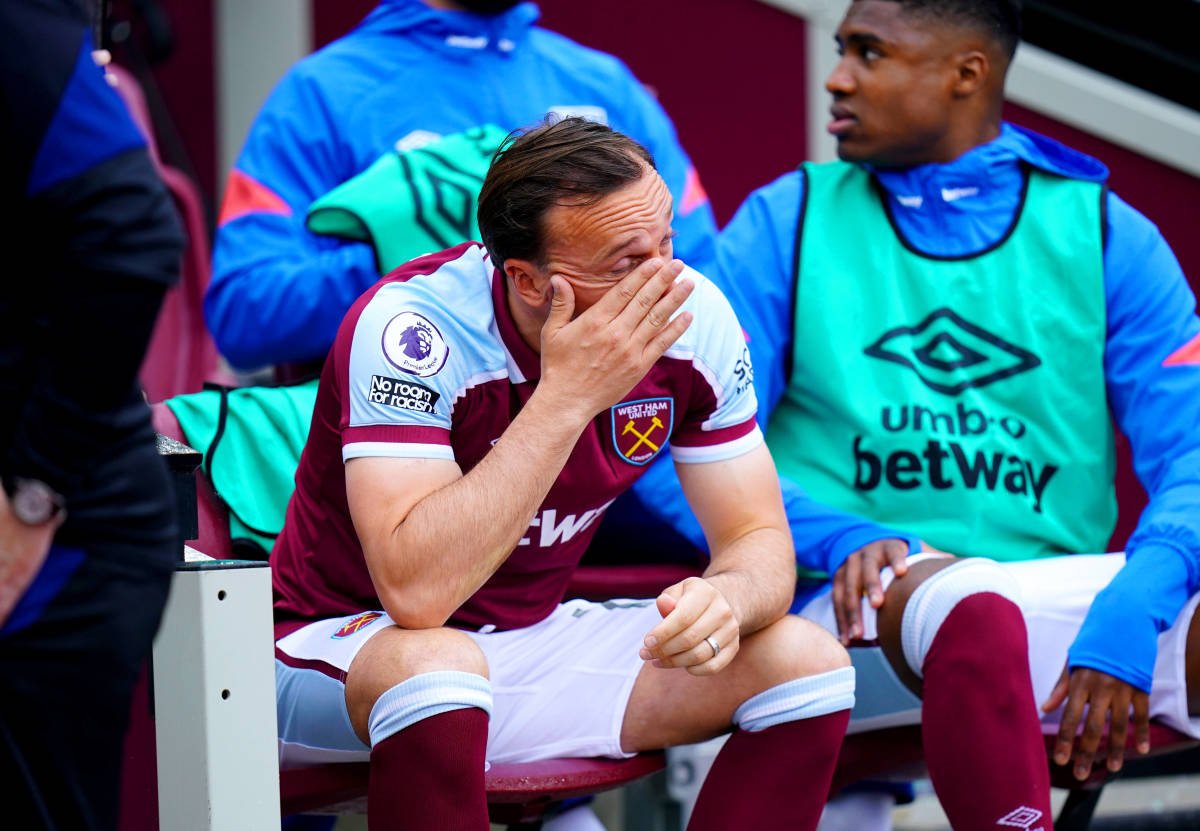 That was the midfielder’s 549th appearance for the club, and he bade the fans an emotional farewell after the game when he was handed a microphone.

Of course, Noble could well play his final game for the club on the last day of the season, against Brighton, in what would be his 550th appearance.

There was a giant banner beforehand hailing the Canning Town boy while there was also a giant No.16 shirt, and a mosaic greeted his emergence from the tunnel.

After full-time, he was given a guard of honour by his team-mates, the club’s staff, and their families, and Nobes kept it short and sweet, insisting that he hoped he had made the supporters proud.

He was asked how he was feeling after the game and said, per the London Evening Standard: “A little bit better after that performance, let me tell you.

Mark, from all of us at ClaretandHugh, let us say this: You’ve lived our dreams. We couldn’t be prouder.