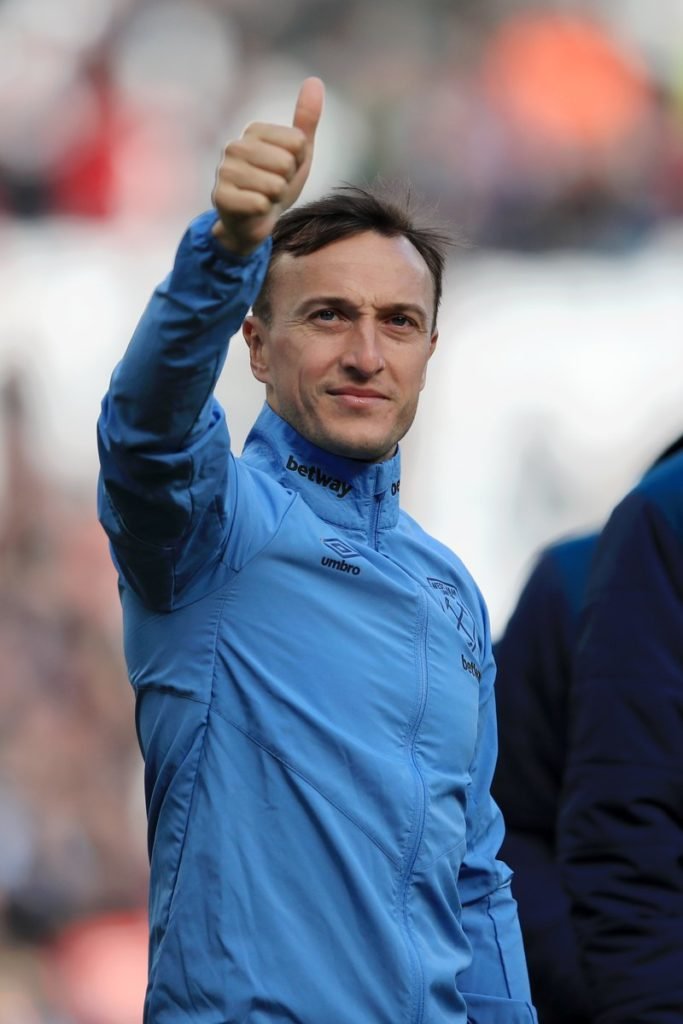 Mark Noble has sent an end of season report to the fans and is naturally delighted with the way things have worked out during the manager’s first season in charge.

The captain – as has been said many times – has had a superb finale to the campaign and goes off for his summer on a high.

The squad return on July 1 but there have been many things to enjoy over the last nine months with of course the depressing inevitable lows which were bound to come.

Mark’s position has been thrown into question on many occasions but at the age of 32 he was looking brand new within a system which clearly suited him down to the ground.

There are few that would disagree he produced some of his best football as the squad bedded into the Pellegrini system which is all about pass and move.

He was playing the game with a smile on his face and happily ran the rule over a season of contracts.

He told www.whufc.com: “I’d like to start by thanking all the staff, both at the training ground and at the stadium, for all their hard work because, without them, West Ham United would not be the fantastic club it is.

And, of course, thank you to each and every fan for your loyal support of our football club. It really is amazing and the players and staff truly appreciate it.

I am also really proud of the season we’ve just had. To have secured a top-ten finish in the Premier League was a real achievement, make no mistake about it.

The Board invested heavily last summer and we have made real progress, both in our results and the way we’ve been playing. For me, we’ve had a very good season.

We did not just bring in a new manager and nine new players last summer; we brought in a whole new philosophy and a whole new style of play.

It would always take time for Manuel Pellegrini’s methods to take effect and, since that happened, we have produced some superb performances and some outstanding results.

As a player, it’s been so enjoyable to be part of it all, too. While professional football is about winning and losing, at the end of the day it is still a sport and meant to be fun, and I have definitely had a lot of fun being part of Manuel’s team this season.

Away from the first team, I am down at the Academy a lot as my son Lenny is there, and I must say I am hugely impressed with the redevelopment work that has been done at Chadwell Heath. It is a special place for West Ham and it is so important that we continue to produce our own players.

The women’s team have also really impressed me this season – their first as full-time professionals. They did something we would all love to do as West Ham players by reaching an FA Cup final and their future looks really bright.

We have also launched The Players’ Project, enabling all the players to get closer to a community that is very close to my heart. The work they have done with the Foundation is making a huge difference to people’s lives, which is fantastic.

← Pellegrini not off to Barcelona, Sevilla or Plymouth!
Hammers keep eye on Porto striker →
Click Here for Comments >