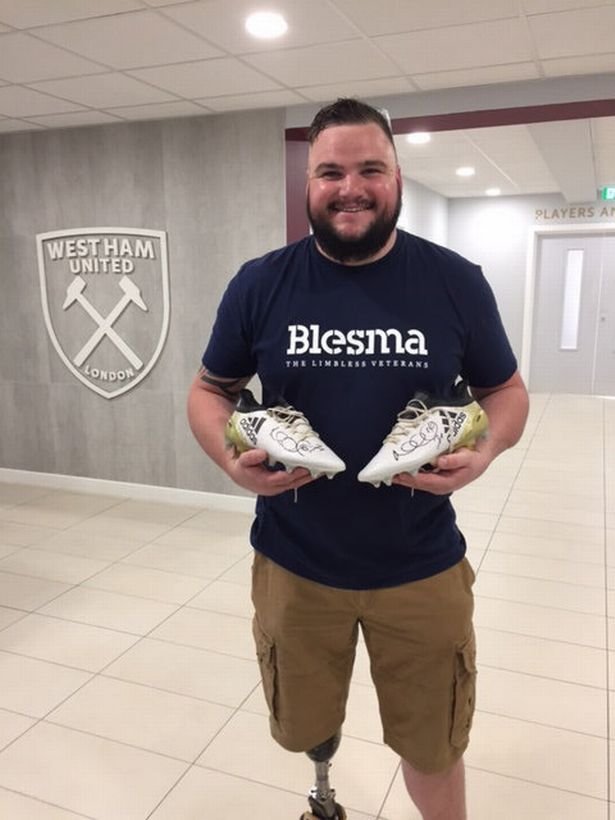 Mark Noble handed a surprise gift to an Afghan veteran when he bumped into a group who were visiting the  Chadwell Heath training ground..

And the captain made sure it became a very special day for lifelong Hammer Matty Wollard, who lost his right leg while on his first tour with the Royal Anglian Regiment in Afghanistan.

“It was great to meet him and the other players as I’m a big West Ham fan,” said the 28-year-old from Colchester

“He had to leave pretty quickly but after he’d gone someone gave me a bag and said ‘he wanted you to have these’. It was a pair of signed boots.”