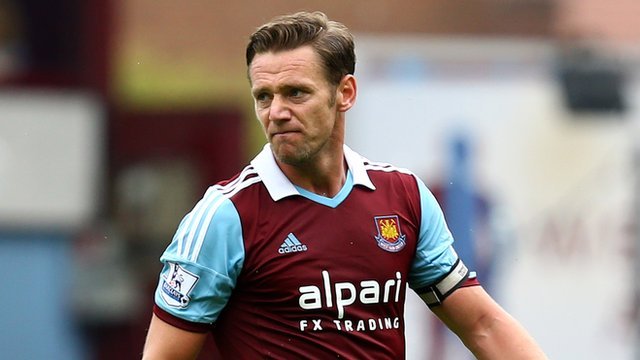 West Ham’s ‘offside’ goal should have stood according to its ‘scorer’ Kevin Nolan.

A raised flag by a referee’s assistant  saw his late strike ruled out thus depriving the team of a draw nobody would argue it didn’t deserve.

Nolan quoted in London 24 via www.whufc.com said:  “I thought we thoroughly deserved a draw and we’re gutted we didn’t get it, but there are lots of positives to take away.

“It’s fantastic to be part of it again. I only trained on Thursday with the boys and actually was due to have a day off on Friday, but with Nobes [Mark Noble] going down injured, I got the call and I was delighted the gaffer put me on.

“I was even more delighted when I scored because I knew I wasn’t offside.  I couldn’t believe it when I saw the flag had gone up – I’d even started to celebrate – and I think they’ve gambled on it really. That’s the biggest disappointment,