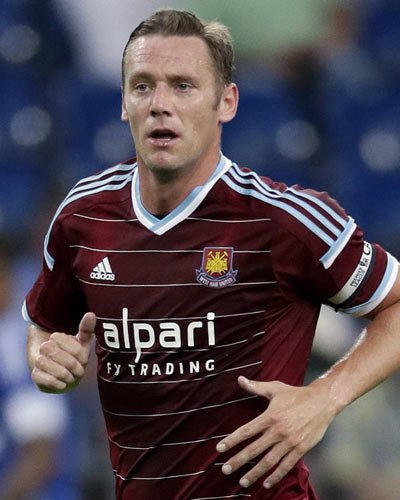 Kevin Nolan is believed to have taken a knock in training and is a doubt for the clash against Chelsea on Boxing Day.

The report has been confirmed to ClaretandHugh by rtwo sources although details of the injury are unclear..
However with Mark Noble now reportedly fit, it would have been unlikely that Nolan would have started the game at Stamford Bridge.
Noble is understood to now be fully recovered from an Achilles in jury and was expected to return regardless of Nolan’s situation.
We were told: “Mark is fit and it seems that Nolan hobbled out of a training session yesterday.”
Likely line-up: Adrian, Jenkinson, Reid, Tomkins, Cresswell, Song, Downing, Noble, Kouyate, Carroll, Sakho
Permalink