An absolutely nonsensical Marca report has linked West Ham with a move to sign James Rodriguez.

The Colombia international has played for the likes of Real Madrid and Everton and is currently on the books at Qatari club Al-Rayyan. 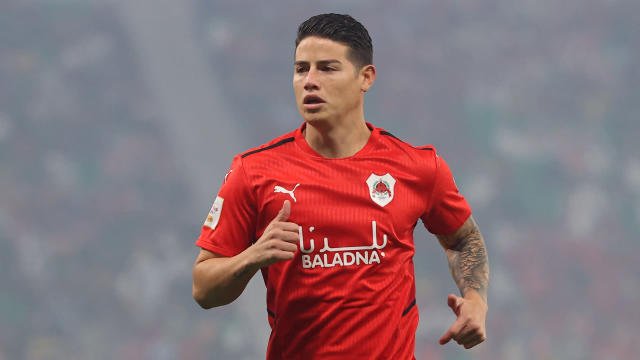 He joined them in 2021 after leaving the Toffees, and has made 15 appearances for the club, scoring five goals.

Marca now claims that he could be on the move again, with the Irons getting a remarkable mention.

Turkish side Galatasaray and a pair of unnamed Greek sides are also said to be interested in doing a deal for the 31-year-old.

He is said to be earning around £200,000-per-week in Qatar, though, and it would be a remarkably expensive deal for the Hammers to do, especially for a player who was such a pariah at Everton towards the end of his spell.

He decided he wanted to leave once Carlo Ancelotti departed to manage Real Madrid, and was limited to just 26 appearances for the Goodison Park club.

There’s next to no chance of him ending up in east London.