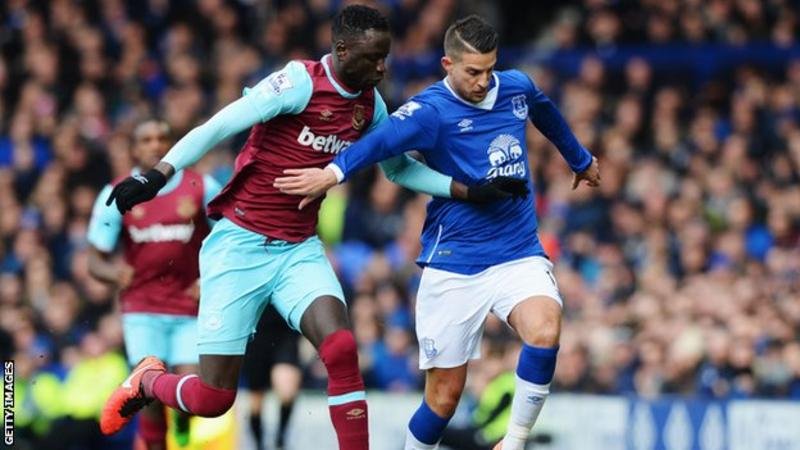 David Sullivan’s Sunday Sport newspaper once ran a story under the headline ‘World War 2 bomber found on the moon.’

Well let me tell you today’s staggering victory over Everton at Goodison was even more unlikely than that – a stunning comeback of epic propositions which gave us our first victory at the place since 2005,

Miracle working Slaven Bilic has now taken us to another new high – smashing an Everton hoodoo which has haunted us for far too long.

Everything you wanted from a game of football was here but the final result was so far out of sight that absolutely no one saw it coming even though Kevin Miralles had been red carded for a second bookable offence in the first half.

For a long time it had looked as though Everton – despite the handicap – were benefitting from a midweek cruise against Villa after we had seen our squad depleted with injuries and thethe squad drained to their very limits after the Spurs epic.

Yet despite goals from the inevitable Lukaku early on – his eighth in eight against us – and Aaron Lennon early in the second we returned with pace, power and passion in the last 12 minutes to score through Antonio, sub Sakho from Payet’s assist with London’s Player of the year sliding home the third.

Unbelivable is an overworked word but there is no other. It was an astounding victory from nowhere- possibly the greatest in a season of epic results.

In between times Adrian had saved a spot kick from Lukaku – the moment which seemed to spark life into us for the first time after a lack lustre display.

We are coming to the point where we will be running out of words to describe this astonishing squad of players who simply never know when they are beaten.

Guts, resilience, skill, and everything else you want from your team is there and now I am going to say it – this is the best Irons side I’ve ever seen.

They are all utterly extraordinary and the manager just goes from new highs to new highs.

And yes it really is UNBELIEVABLE!