Posted by Dave Langton on January 31, 2022 in News, Whispers

The Hammers have confirmed to Claretandhugh that Benfica have told the player will not be leaving the club in this winter and in a comment to the site a top hammers insider declared; The deal is now dead!”

Jacob Steinberg has also confirmed the new is a  live blog on deadline day (13:02) and has claimed that the Portuguese club have knocked back an offer worth £50m. 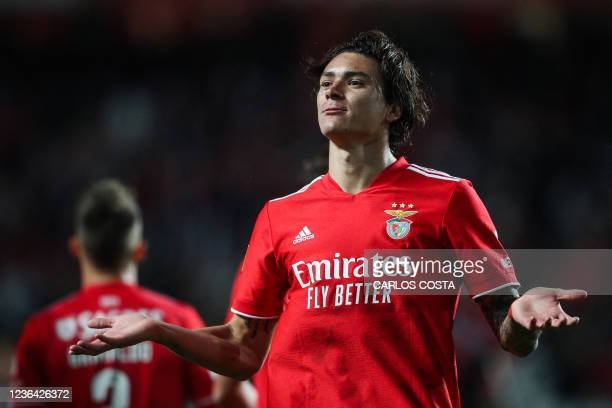 It would have been a club-record deal for the Hammers but Benfica are not said to be of any kind of mind to sell the Uruguay international, who is developing at a rapid pace.

Nunez is 22 and has already won seven caps for his country, scoring twice, while making 69 appearances for Benfica and scoring 34 goals.

The Hammers had been hopeful of striking a deal to sign the striker in order to bolster David Moyes’ squad have been met with disappointment.

Benfica could well look to cash in on Nunez in the summer, but they do not want to move him out of the club on deadline day.

It remains to be seen if the Hammers look to launch a separate bid for another striker.