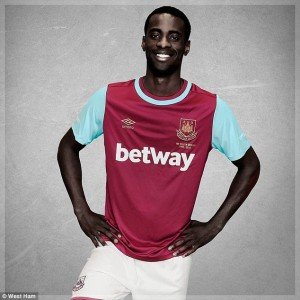 Pedro Obiang is reportedly moving closer to a move to Italy in the shape of a loan with an option to buy claim the Italian press.

Italian site www.firenzeviola.it is reporting that Fiorentina are front runner to sign Obiang on loan with an option to buy.

The report claims West Ham have asked that any loan deal for the midfielder includes an obligation to buy the player at a fixed 5.5 million euros (£4.6m).

Obiang was Slaven Bilic’s first signing after being appointed West Ham manager. He signed from Sampdoria for a reported £4.3m penning a four-year contract. It is said he has been frustrated at his lack of first team opportunities.