Posted by Dave Langton on December 24, 2020 in News, Whispers

Angelo Ogbonna says he is “proud” of Mark Noble after he returned to the West Ham team against Chelsea.

The midfielder returned to the starting XI for the first time since the opening day of the season against Newcastle. 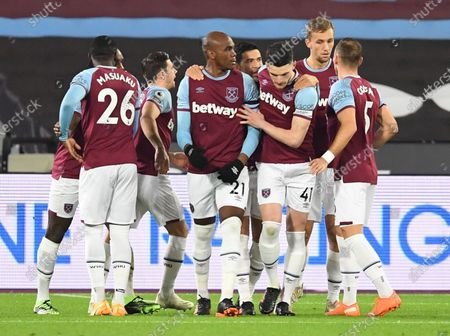 He played the 90 minutes, the first time he has done so in the Premier League this season.

Of course, the Irons were on the receiving end of a 3-0 beating against the Blues, who punished some poor finishing from David Moyes’ side.

Noble played alongside Declan Rice and Tomas Soucek and the idea was perhaps to limit Chelsea and ensure that the Irons had enough possession to carve out opportunities.

In fact, while the ball was often with the Irons, they regularly struggled to make inroads in the final third, with the London Evening Standard criticising Noble’s selection.

Ogbonna, though, felt that the 33-year-old did all he could to help Moyes’ men get a positive result, while the Italian also insists that his side played well enough to win the game.

He told the club’s official website: “We played really well but this is football because they got their chances and we got our chances, but most of the time we kept the ball.

“We had a lot of possession but maybe we weren’t clinical enough.

“We played against a tough team and I’m proud of the way we played. I’m also proud that Nobes came back in and he helped the team to keep the ball and most of the time we had the ball.”