“Oh Arthur”…in praise of the unlikeliest of heroes

How many of us would have had a punt on West Ham scoring four, keeping a clean AND Arthur Masuaku being perhaps the best players on the pitch on Sunday night?!

A lot’s been written about Sunday’s result and the team performance over the last couple of days, but I couldn’t help taking to C&H to say a few words about Masuaku’s performance. 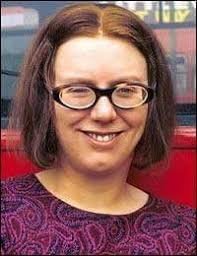 Given Arthur’s underwhelming – to say the very least – record in the claret and blue, his performance was perhaps a bigger surprise than the goals and clean sheet. After all, who could forget the sending off against Wigan in the FA Cup, the seemingly endless displays of near-ineptitude at left back and the toothless performances at left mid?

On BT Sport before the game, Peter Crouch (still sporting a ‘lockdown’ haircut, by the look of things) was purring about the new-look Wolves right flank: how energetic Semedo is on the overlap and how difficult Traore is to play up against.

At this point, West Ham fans could have been forgiven for deciding to give the game a swerve. Surely there could be only winner in a Semedo/Traore match-up with Cresswell/Masuaku. Wrong!

The Cresswell/Masuaku double-team saw off Traore, who was substituted in the second half after contributing absolutely nothing at all. Arthur’s service into the box was exceptional, particularly for the Haller goal. He was assertive carrying the ball out of defence.

He took on, and beat, more players on Sunday night than £45m Felipe Anderson managed to do in the whole of last season. There was some lovely intricate passing between Arthur and Fornals on that left-hand side too.

Only one or two nervy moments in our box in the second half stopped him putting in a faultless performance. But massive credit where it’s due. He was a revelation.

It has to be said that there’s been something in the air over the last couple of weeks. It all started with a C&H article on how much the West Ham players rate Arthur, and how much of a handful he is on the training ground. Then there was the green shoots of the Arsenal game, when some of our best stuff in the second half came through him.

What price a few more of these sorts of performance from Arthur, starting at Goodison in the League Cup, and him nailing down that left mid position? He owes us a few after all!