Posted by Hammers Newshound on July 30, 2015 in News, Whispers

Away Supporters visiting the Olympic Stadium in the 2016/2017 season will be accommodated in the South West corner of the rebuilt Olympic stadium. Due to problems with fan segregation the only feasible way to separate the supporters was to give away fans a section of both the lower and upper stands which represent 5% of total seats in the stadium which is above the minimum 3,000 required by the Premier League.

Using a Rugby seating plan for the Olympic Stadium pictured below, it can be estimated that sections reserved for away fans will include 117, 118, 119, 217, 218, 219 and 220. It unclear whether season ticket holders will be able to be purchase the remaining seats in south stand lower. The away allocation would need to expand up to 15% in cup competitions in theory as marked in planning permission document below. 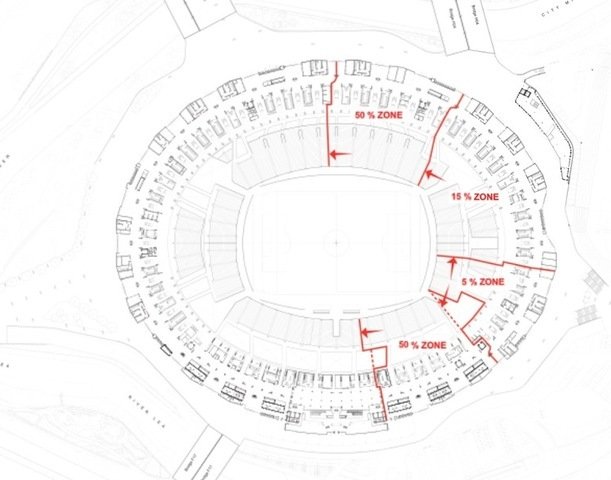 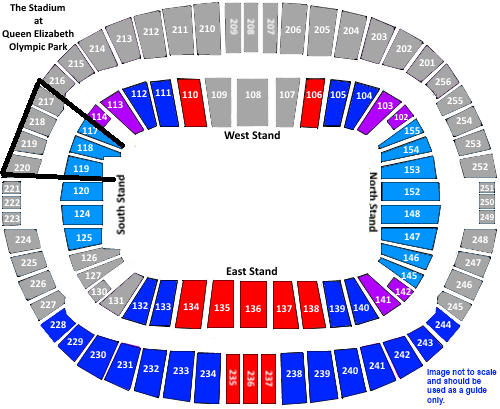 3 comments on “Olympic Stadium Away Allocation”