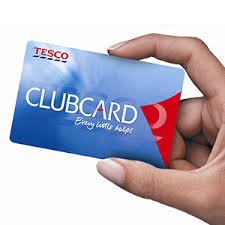 Rumours that the former Olympic Stadium is about to renamed the Tesco stadium are completely wide of the mark ClaretandHugh understands.

The news broke earlier this week in a Daily Mail report but sources close to Stadium owners E20 Stadium LLP insist Indian company Mahindra remain firmly in pole position to sign the sponsorship deal and as yet Tesco have made no official approach or offer to sponsor the stadium.

West Ham became the butt of many jokes this week with some suggesting Tesco club cards could double as season ticket access cards and you would earn extra club points for each game attended or bonus points for goals scored.

Mahindra Tech are understood to have  already been awarded technology contracts including the new stadium wide wifi and these contracts are expected to make up a proportion of the reported £6m per year naming rights deal.

Claret and Hugh understands that the naming rights deal could be worth up to £4m is cash from the Indian company plus a further £2m in technology contracts from Mahindra. That would mean West Ham would be shut out of sharing any naming rights revenue as their 50 per cent share starts after £4m per year. This would deny the Hammers a £1m per year share.

Previously we understood that the Stadium would be renamed the Mahindra stadium as part of the naming rights deal but we under that is no longer the case.

Depending on the final agreement of sponsorship the Stadium may retain it’s new London Stadium name but include the Mahindra branding. Suggestions have included The London Stadium powered by Mahindra but discussions are ongoing with regards to the final name and what the sponsors are prepared to pay for the rights.