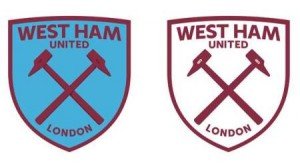 West Ham United ambassador Tony Carr MBE believes the Club’s proposed new crest strikes the perfect balance between the past and the future.

Carr, whose association with the Hammers dates back nearly 50 years and spans player, coach, Academy Director and now ambassador, says the crest possesses all the essential ingredients.

The crossed hammers allude to the origins of the Club at the Thames Ironworks and Shipbuilding Company, the claret and blue have been the Hammers’ colours since 1900, while West Ham’s forthcoming move to the Olympic Stadium will place it at the heart of the most vibrant and iconic part of London.

“I think it’s good that the crossed hammers are the most important part of the crest because they are our trademark and are where it all started as shipbuilders,” said Carr, who initially joined West Ham as a trainee striker in 1966. 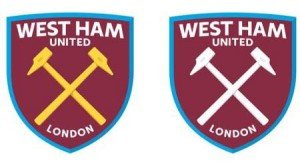 “The crest reflects and acknowledges the history of the Club and also look forward to the transition into the new Olympic Stadium.

Carr’s sentiments were reflected by one of his most famous and successful Academy graduates, Tony Cottee, who lent his voice to a video presentation explaining the evolution of the Club’s crest over the past 119 years.

Supporters were shown how the Hammers have used no fewer than 15 crests during this history, with the current design coming into effect in 1999. Since then, every other Barclays Premier League club has produced a new crest of their own.

With West Ham on the cusp of a historic move in 2016, the Club will be investing millions of pounds in this evolution process to ensure the Olympic Stadium truly is the Hammers’ new home.

Having viewed the video himself, the former striker was enthused by the enhanced impact of the famous crossed hammers.

“I am pleased with it,” said Cottee. “I spoke to the Club about six weeks ago about what the new crest could potentially contain and personally I didn’t see any need to retain the Boleyn Castle as it’s part of our history we didn’t need to include.

“It was really important to keep the crossed hammers, so in general I am really pleased with it. Before, I think the hammers were in front of the castle, but I actually preferred the old badge with just the crossed hammers worn by John Bond, Bobby Moore and Malcolm Allison back in the 1950s.

“I think there is something special about the crossed hammers and any West Ham fan will tell you they identify with the hammers and the Thames Ironworks and ‘Come on you Irons!’. To be a hammer is something to be proud of.”

While harking back to the very origins of the Club, the proposed crest also looks forward to the move to the stadium which did London proud in 2012, and the benefits of leaving fans the world over in no doubt which city West Ham calls home.

“There is a modern twist as well, as the inclusion of London at the bottom is something the Club have thought long and hard about,” Cottee continued.

“It’s a new era for the Club. We’re going to the Olympic Stadium in a couple of years’ time and I think it’s right that the Club prepares properly for that historic move and it’s right to bring a new badge in and we are a London club.

“Personally, I cannot wait to see the players run out at the Olympic Stadium in two years’ time. I think we need to go into a new era in terms of not only moving to a new ground, but in terms of our playing performances and, just as importantly, our commercial awareness around the world.

“The Premier League is a worldwide brand now. If you look at other Premier League clubs, they are marketing around the world and we’ve got to do that to compete. To do that, you need something unique and I think the simplistic design of the two crossed hammers is a great way to promote our name around the world.”