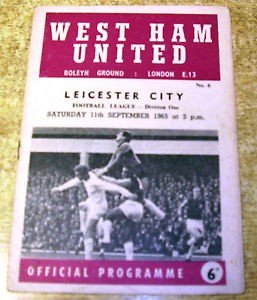 A ClaretandHugh follower has sent a message to fans telling them how things turned out when we had the sort of disastrous run of results we are currently experiencing.

We lost four on the trot and shipped a shed load of goals as things went from bad to worse but everything of course turned out fine!

It was 51 years ago when from the start of September when we shipped 17 goals in four games and things looked as bleak as they do today.

The CandH follower – OldIron – said: “Slav is the man and as a defender of note he will sort out this problem.

God help Southampton if he sorts it out this week. The same thing happened in 65-66 when we shipped 17 goals in four games and what happened that season?

We reached the semi final of the League Cup , the quarter finals of the European Vup Winners Cup and came 12th in the league.

It was sorted then and it will be sorted now.”