Rice has been heavily linked with Chelsea throughout the transfer window and the journalist took to YouTube to answer questions from fans, including one about the feasibility of the England international moving to Stamford Bridge. 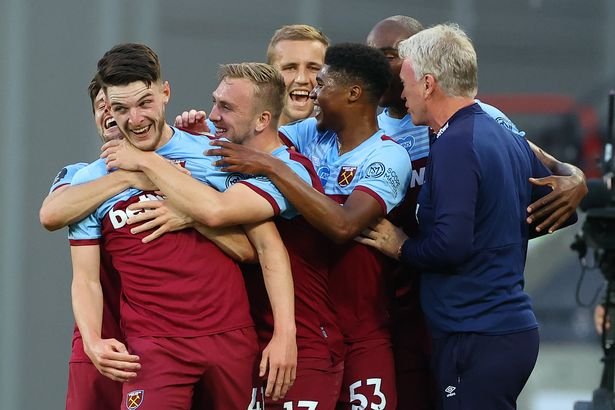 He answered, insisting that there is unlikely to be a sale from the Hammers in this transfer window.

He said: “The view of the West Ham hierarchy, as I understand it, is that Rice is not for sale under any circumstances. Now you can immediately say ‘well, we’ve heard this sort of thing before from clubs, just take Leicester City for example with Ben Chilwell, similar noises were coming out of that club and then he ended up going to Chelsea, that Chelsea, especially in this transfer window, get whatever they want.’

“But others I’ve spoken to, who are very close to West Ham, say that their stance is true, that he will not be leaving, that it’s unthinkable in this transfer window, especially after the uproar from West Ham fans, and many throughout the game, after West Ham decided to sell their homegrown product, Grady Diangana, to West Brom.”

West Ham, of course, have long claimed that there have been no bids for the defensive midfielder, or even any enquiries.

However, it does not appear that they will be able to secure Rice’s signature in this window, as they face up to their first disappointment of the summer market. What a shame for Frank Lampard.