Posted by Sean Whetstone on February 14, 2016 in News, Whispers 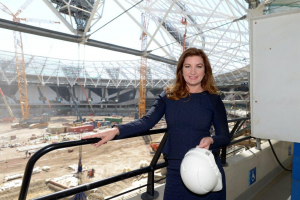 Yesterday, Claret and Hugh revealed as many as 25,000 West Ham supporters on the Olympic Stadium priority list could be disappointed as demand for OS season tickets outstrips supply. There are believed to be fewer than 9,000 season tickets remaining for next season for the 34,000 strong waiting list who have paid a tenner piece to join for a chance. The article has prompted many fans on the list to question why the capacity can not be increased beyond 54,000 before August this year to meet the demand.

Hammer vice-chairman, Karren Brady has publicly told of the club’s desire to increase capacity if the demand is there and the sightlines are acceptable. During a BT Sports interview in December last year she confirmed West Ham were looking to increase capacity to 60,000. In a Daily Mail article last year, she went one step further by saying the club are in discussions to take capacity to 66,000. 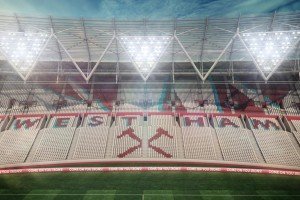 She told Martin Samuel from the Mail “We always knew this was a possibility and it would certainly seem the interest is there, We have to look at the logistics of it because these would be the seats furthest from the pitch, so we have to make sure they are worth having. There is no point sticking someone in a corner with a poor view. But if the sight lines are still good, we could fit in 66,000. It’s a very exciting prospect.”

However, Claret and Hugh understand that despite there being 66,510 seats in the converted stadium in sports pitch mode, the chance of increasing capacity for the start of next season remains extremely remote and the increase in capacity is very much a future ambition of the club. The 54,000 capacity of the Stadium is a restriction of the planning permission granted and a safety certificate issues to former Olympic venue. An increase of 12,000 in capacity would also mean the need for more infrastructure such as  extra toilets and catering outlets. All of these things are possible but would take time to sort out and the appetite to spend more tax payers money to increase stadium facilities for the benefit of West Ham would be quite low as the LLDC and Newham council have already come under fire for the £272m already spent to transform to the Stadium.

4 comments on “OS capacity unlikely to increase in short term”