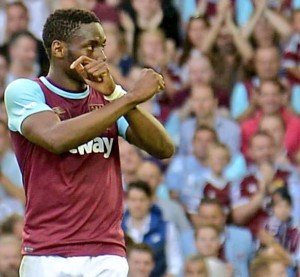 Manu Lanzini and Diafra Sakho have “outside chances” of being included in the squad for tomorrow evening’s FA Cup replay against Liverpool.

But it’s far more likely the top duo will return to the fray against Norwich at Carrow Road on Saturday.

Both players have been training with the first team squad for several days but the manager is not a man to take a chance on their fitness uness he is 100 per cent certain.

And although it may happen that one, the other, or both, could appear for 20 minutes against Liverpool it’s unlikely.

We were told this morning that the pair were looking very good in training and both are at the same stage of their various recoveries. 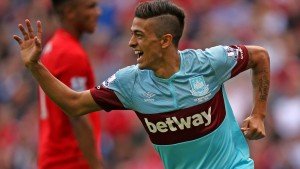 Our source said: “It would be great to have had them both ready for the match because we are taking this competition very seriously indeed and we need a reaction from a disappointing result at Southampton.

“It’s all down to the manager but although there’s an outside chance of them making it the Norwich game looks far more possible.”

2 comments on ““Outside FA Cup replay chance” for big pair”