Oxford and Quina to be loaned out 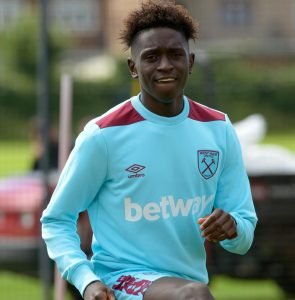 West Ham will be loaned out teenagers Reece Oxford and Domingos Quina for next season.

18-year-old Oxford is viewed as a future West Ham skipper and has also been tipped to captain England.

17-year-old Quina played in West Ham’s Europa League qualifiers last summer and has been an unused substitute for Bilic this season. The youngster underlined his huge potential last year by playing a key role in Portugal’s triumph at the European Under-17 championships. The FA, however, are hugely interested in recruiting Quina for England, despite his Portuguese origin.

The loan deals will include break clauses which can be activated in the winter transfer window. 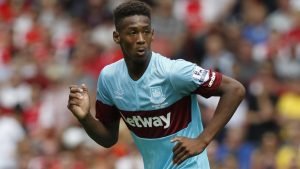 It is understood the Hammers are keen to complete early deals this for Oxford and Quina this summer so they can have a full pre-season with their new clubs.

Oxford had a disappointing loan spell with Reading this season. At this morning’s press Conference Slaven Bilic Said “I spoke to Reece Oxford two days ago. It’s a shame he didn’t play at Reading. He needs a season playing week-in, week-out.”

One comment on “Oxford and Quina to be loaned out”