Oxford gets his move at last 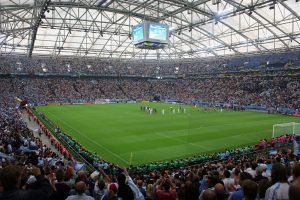 West Ham are tonight reported to have completed a deal with Bundesliga outfit FC Augsburg according to Sky sources.

Oxford’s future has been under the spotlight this window with speculation that Forest and Eintracht Frankfurt had shown an interest but that was fake news.

Now it seems the 20 year old – unwanted at the Hammers by manager Manuel Pellegrini and desperate to get out himself – is on a return journey to Germany where he was with Borrusia Monchengladbach last season on loan.

That was interrupted by David Moyes who recalled him to the club but he failed to make any impression and has since sunk to the bottom of the central defensive pile at the club.

It’s a deal that suits nobody really because both the club and player wanted a permanent parting of the ways which hasn’t happened although presumably there will be an option attached to the deal giving Augsburg the opportunity to buy him at season end.

Oxford has yet to play a game for West Ham this season, with his last appearance for the club coming in October 2016.

4 comments on “Oxford gets his move at last”