Oxford set to stay in Germany despite reports 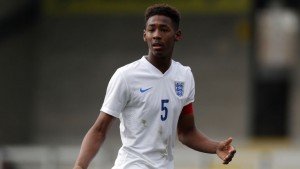 Reece Oxford is happy and settled in Germany and stories that he will be on his way back to West Ham in January look wide of the mark.

Academy boss Terry Westley has told ClaretandHugh that he has no idea where the story that he is set to return to the East End has come from.

Speaking exclusively to CandH the academy boss said that his conversations with Borussia Monchengladbach have remained entirely positive and given they have only played seven games and are tenth in the Bundesliga everyone believes Reece’s time will come.

He said: “I have no idea where the story has come from but Gladbach tell me they like him and were pleased with his performances in two friendly games and like his attitude in training. There is certainly no suggestion of him coming home unless they know something they haven’t told me.”

Reece in fact is having a German lesson every week and Westley said: “He has his own apartment and is really enjoying that and his life in the country.”

2 comments on “Oxford set to stay in Germany despite reports”