Paper-thin squad can be proud after near non stop action 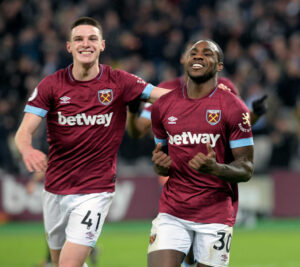 By the time we reach the final game of the season West Ham’s squad will have played 53 games in 11 moths with just a six week break!

And with our squad being paper thin compared with others that in itself is some agenda with which to cope.

To be currently in sixth place and still having chances of European qualification of one kind or another is absolutely remarkable.

This is worth pointing out when considering the recent slip in results – a position most clubs, notably Liverpool found themselves in earlier in the season.

Thankfully, injuries hit the squad late in the season but when they did they were all pretty critical – Declan, Mikey and Oggy in particular.

Much is often made of professional players complaining about being unable to cope with a crowded fixture list.

But this time around it’s reasonable to understand the pressure clubs like ours – with thin squads – have been under.

The turnaround from last season has been remarkable but in the circumstances which have existed since last June – with wall to wall TV football – to be honest our league position is nothing short of miraculous.