Paqueta does his bit

Lucas Paqueta started as Brazil beat Serbia 2-0 and stamped their authority on the World Cup.

The Hammers star was picked to start as an attacking midfielder and played 75 minutes in his country’s opening win. 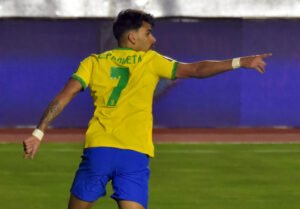 A brace from Richarlison gave the Samba stars victory; his second goal was particularly special, as he managed to flick the ball up and execute a remarkably acrobatic volley.

Paqueta has become a regular for Brazil in recent months and will hope to continue playing a key role as the country go for their sixth World Cup trophy.

Brazil will also play Switzerland and Cameroon in their group as they attempt to reach the last-16, something which now looks all but guaranteed after their first win.

Paqueta will be back in action for the Hammers on Boxing Day, when the Irons go up against current league leaders Arsenal, as David Moyes bids to arrest the club’s recent slump.