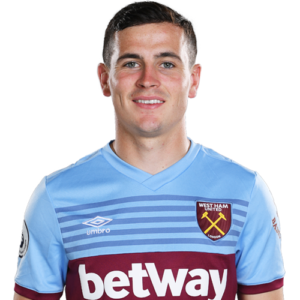 Premier League duo Fulham and Crystal Palace are monitoring West Ham’s Josh Cullen availability according to a report from The Telegraph.

The 24-year-old impressed in the Championship last season with Charlton despite relegation.

According to The Telegraph, the London duo are keen on Cullen who has one year left on his current deal at West Ham.

It is thought that Cullen would be available for a modest fee. The Essex-born central midfielder played junior football for Rayleigh Boys before joining West Ham United at the age of nine.

He won the Dylan Tombides Award in 2014 and was named the Republic of Ireland U21 captain while enjoying loan spells with  He was called up by Ireland at senior level for the first time after impressing Mick McCarthy while playing for the Addicks in March 2019, before inspiring the south London side to promotion two months later.