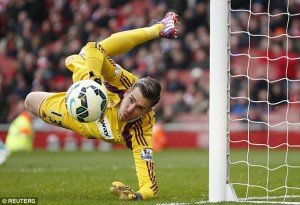 Once again – as it had done on Monday – the session ended with an eleven-a-side match on a one-third size pitch.

The game started with the players being allowed just one touch each, before going ‘all-in’ and then restricted to two touches each.

And it could be that his list of those whom he believes he may be able to do without could in part be based on what he sees from the players in that area.

As they had done on Tuesday, the ‘non-bibs’ were the winning side with Aaron Cresswell opening the scoring  via a spectacular free-kick before Dylan Tombides Award winner Conor Coventry doubled his team’s advantage with a smart finish.

At the other end, Adrian was showing real form making a couple of superb saves from Andy Carroll and a third  from Arthur Masuaku.

Michail Antonio was involved before breaking off to do individual rehab fitness work as he continued his comeback from the hamstring injury he suffered in March.

The players will  train three times on both Thursday and Friday ahead of their opening pre-season fixture with Challenge League club FC Winterthur on Sunday afternoon.

← What would Mooro do next? Keep it zipped
Westley reckons Holland stands on brink →
Click Here for Comments >