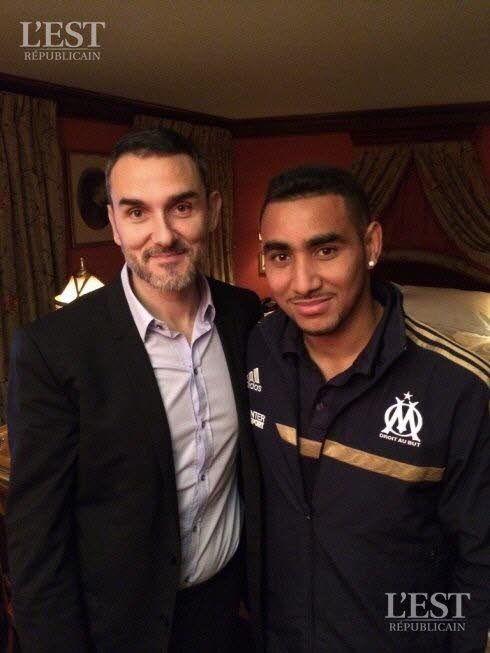 Dimi Payet’s future looks sealed …and it is at West Ham United.

Dimi has been linked with all and sundry during an impressive Euro 2016 but according to his agent his future is firmly locked into the Irons and the Olympic Stadium.

Payet’s long-term advisor Jacques-Olivier Auguste (pictured with Dimi above) told the Guardian that it is unlikely his client will be on the move this summer.

He explained: “He has a great contract with West Ham so I cannot see him leaving. Dimitri is happy in London.

He added: “Of course you never know in football. But only West Ham know what price they want if they decide to sell him.”

Auguste’s comments came after the man who helped bring him to West Ham Mark Mackay had claimed a few days ago that Dimi was happy with life at the Irons.

One comment on “Payet: Agent gives view on his future”