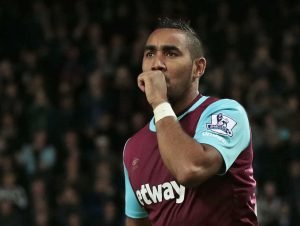 The Telegraph quote club sources as telling them that Payet told West Ham on Tuesday that he would “never kick a ball again for West Ham” if he did not get a move in the transfer window. Today he allegedly told the club he is now suffering from a back injury  and therefore cannot train and reiterated that he wants to go.

The same club source confirmed to the Telegraph that Marseille have bid for their former player and described the offer as “low”. It is thought to be just under £20 million plus a £2.5 million bonus if Marseille qualify for the Champions League.

If Payet claims he is injured his advisors may dispute and fight any attempts to fine the player two weeks wages for breaching his contract. The club will want to independently verify whether the player is injured.

Other reports claims the club had already agreed the player could leave in the Summer so are stunned he has decided to try and force a move now.