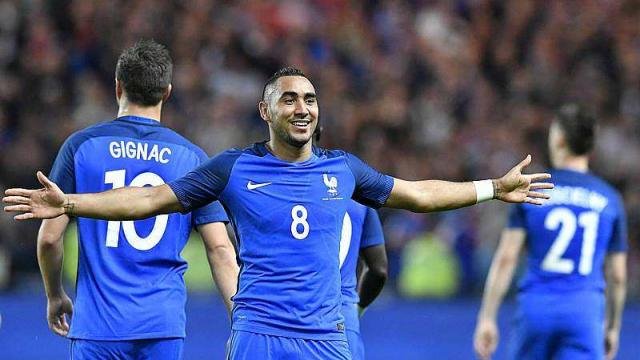 Dimi Payet made his comeback from injury as he arrived as a second half sub for Manchester United’s Anthony Martial in tonight’s friendly international against Italy.

The French are currently leading 2-1 via goals from Martial and Arsenal’s Olivier Giroud and Payet has made just one contribution so far.

He saw a right footed shot from outside the penalty area saved in the centre of the goal following an assist from Paul Pogba.

Dimi’s appearance came as no surprise to West Ham insiders who had told us that they expected the player to make an appearance.

However, it will be galling for the Irons fans who were disappointed that he did not see a second of action in the 3-1 defeat by Manchester City.

9 comments on “Payet makes his return”